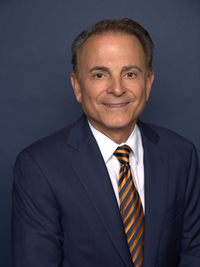 Upon graduation from California State University Long Beach, joined a leading Southland apartment brokerage firm where he began his management and training of commercial brokers. He rose to the most senior position in the firm, general sales manager, within four years at the age of twenty-six. At that time, he had one hundred sixty agents and brokers reporting to him.

Mr. Sperry believed deeply in the product he was selling. Over the years, he has owned and operated more than 100 commercial properties of all types – more than any other income source, these contributed to his financial independence in his mid-twenties.

In 1998, Mr. Sperry took on another challenge – the challenge of building two new important profit centers in his family of companies. These entities are now known as Sperry Commercial, Inc. and Sperry Equities, LLC. Seeing this opportunity to capture profits from “value added” investment properties, Mr. Sperry along with his partners Burton Young and Jack Carroll, acquired over 65 properties, which exceed 500 million in value.

To manage the firm’s assets as well as to provide an additional service to Sperry Equities investors, Sperry Commercial Inc. was organized and now has over 9 million square feet under management and 4 million owned.

Mr. Sperry combines his unique array of talents and experience in the industry to help others achieve financial independence. From being a self-made millionaire in his mid twenties and his rapid rise through the ranks of a large company, to his prior co-founding and management of a national real estate brokerage organization, Mr. Sperry has inspired young men and women entering the commercial real estate profession in many ways. He is frequently invited as a seminar or motivational speaker at industry and business gatherings throughout the Southwest and enjoys sharing the excitement and opportunity of real estate brokerage and ownership.

Mr. Sperry is active in both church and community. He is or has been a member of numerous civic and religious boards and committees in Orange County, California, where he resides with his wife, and their six children.